Vim is a widely used, open-source Unix text editor. Learning to use Vim commands is a matter of practice and experience. That is why it is handy to have a helpful reference sheet while mastering them.

In this tutorial, you will find the most important Vim commands as well as a downloadable cheat sheet. 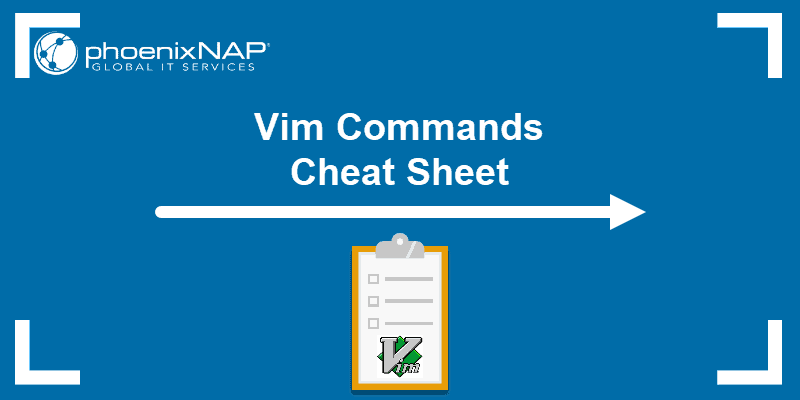 Moving Inside a File

You can move the cursor within a file by single characters, words, tokens, or lines.

According to Vim, a word can be a group of letters, numbers, and underscores. On the other hand, a token is anything separated by whitespace and can include punctuation.

Additionally, you can move to different parts of a text by screen view.

Moving by Characters, Words and Tokens

The basic keys for moving the cursor by one character are:

You can also use these keys with a number as a prefix to move in a specified direction multiple times. For example, if you run 5j the cursor moves down 5 lines.

Note: To use the #G / #gg to jump to the wanted line, line numbering needs to be enabled. Check out how to show or hide line numbers in Vim/Vi.

To learn more about matchpairs and how to use more than the default supported pairs, run the following commands in the text editor: :h matchpairs.

The following commands are used as a quick way to move within the text without scrolling.

Some of these commands switch between command and insert mode. By default, Vim launches in command mode, allowing you to move around and edit the file. To switch to command mode, use the Esc key.

On the other hand, the insert mode enables you to type and add text into the file. To move to insert mode, press i.

Note: Bear in mind that Vim undoes and redoes changes by entries (changes made within one insert mode session). For more details, refer to the article How to Undo and Redo Changes in Vim.

Note: Find more commands and options in How to Cut, Copy, and Paste in Vim/Vi.

Based on the chunk of text you want to select, you can choose between three versions of visual mode: character mode, line mode, and block mode.

Once you have enabled one of the modes, use the navigation keys to select the desired text. 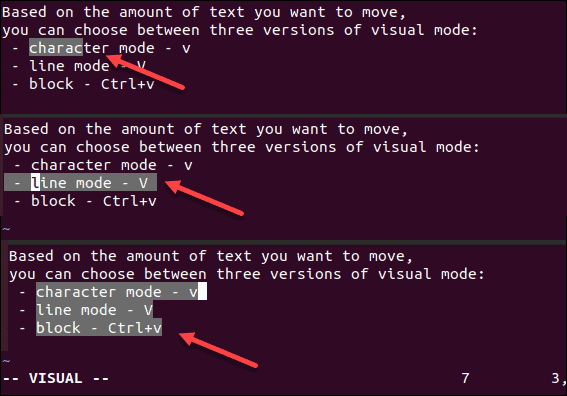 Once you have selected the desired text in visual mode, you can use one of the visual commands to manipulate it. Some of them include:

Note: Searching in Vim/Vi is a task you will certainly perform often. Get to know all the search options in How To Search To Find A Word In Vim Or Vi Text Editor.

Note: Learn more about how to exit using Vim commands or shortcut keys with How To Exit (Quit) Linux Vim/Vi Editor.

The list of Vim color schemes shows you the ones that come by default with the text editor, as in the image below:

You can also configure the color settings manually or download user-made schemes. Find out how to do so in How to Change and Use Vim Color Schemes.

This article includes a one-page Vim commands reference sheet. Save the cheat sheet in PDF format by clicking the Download Cheat Sheet button below. 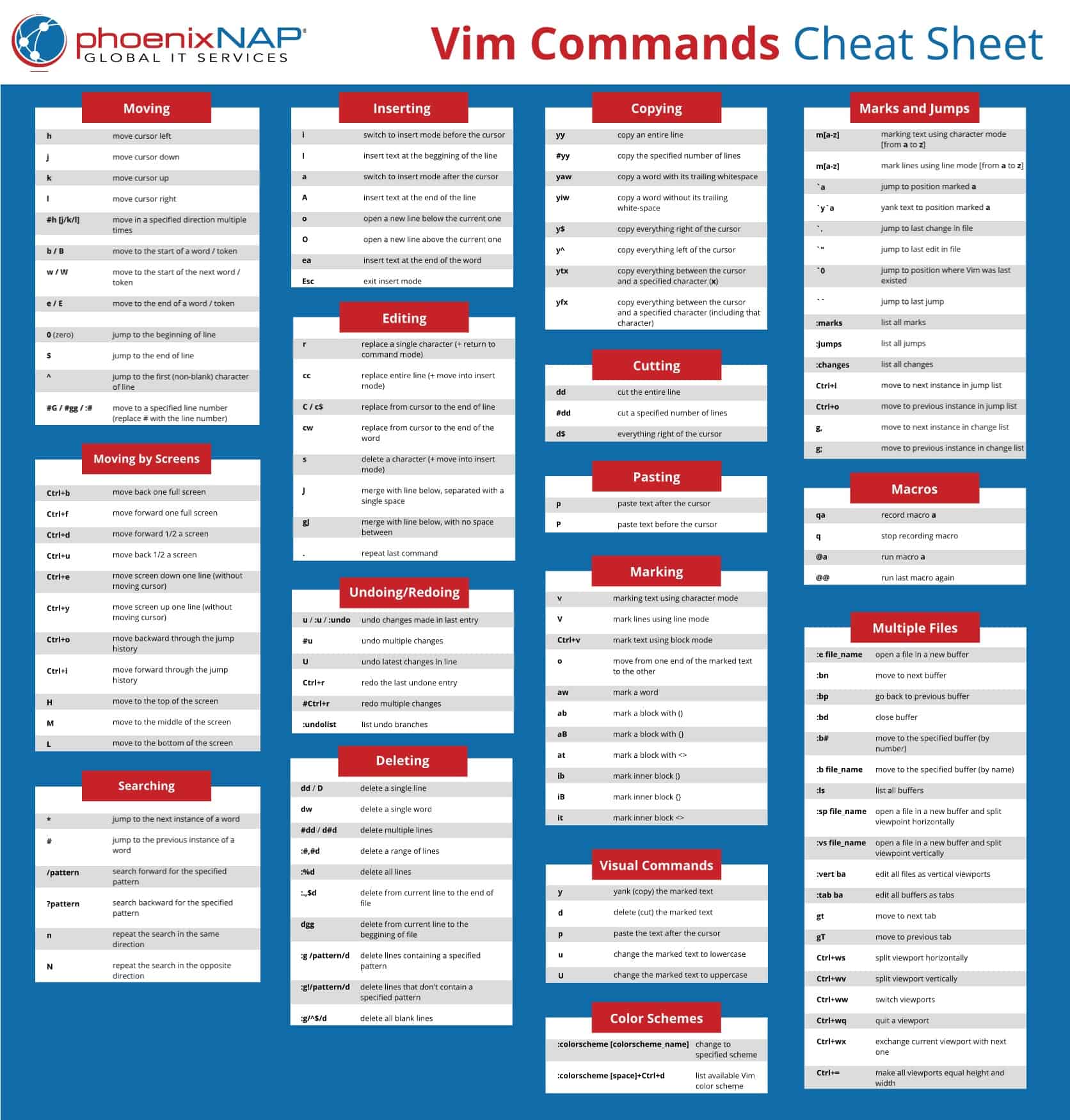 Knowing basic Vim commands is useful as most Linux distributions have it installed by default. Once you get use to using Vim commands, mastering Vim should be simple.

Until then, keep a Vim cheat sheet at hand.