How to Create Docker Image with Dockerfile

Home » DevOps and Development » How to Create Docker Image with Dockerfile

In this tutorial, learn how to create Docker image with a Dockerfile. 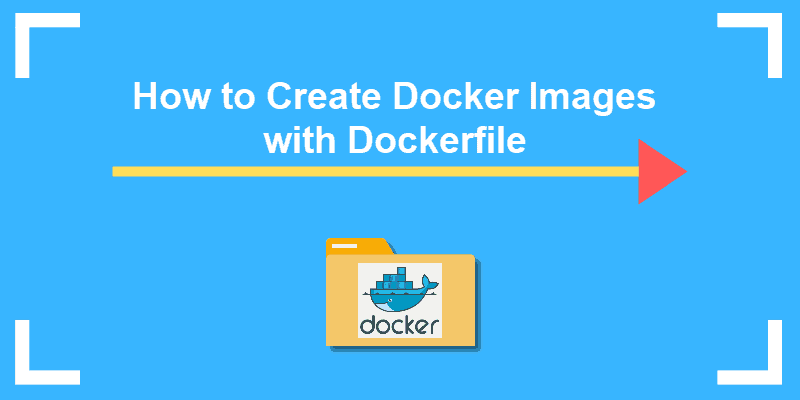 If you are interested in how to use a Dockerfile to create an image, you probably already have Docker installed on your system.

Note: Users who are just starting to use Docker can learn more about managing Docker containers, basic Docker commands, and how to update Docker image and container.

How to Create a Dockerfile

The first thing you need to do is to create a directory in which you can store all the Docker images you build.

1. As an example, we will create a directory named MyDockerImages with the command:

2. Move into that directory and create a new empty file (Dockerfile) in it by typing:

3. Open the file with a text editor of your choice. In this example, we opened the file using Nano:

6. You can check the content of the file by using the cat command:

Build a Docker Image with Dockerfile

The basic syntax used to build an image using a Dockerfile is:

To build a docker image, you would therefore use:

If you are already in the directory where the Dockerfile is located, put a . instead of the location:

By adding the -t flag, you can tag the new image with a name which will help you when dealing with multiple images:

Note: You may receive an error saying Got permission denied while trying to connect to the Docker daemon socket at unix:///var/run/docker…

This means the user does not have permission to access the Docker engine. Solve this problem by adding sudo before the command or run it as root.

Once the image is successfully built, you can verify whether it is on the list of local images with the command:

The output should show my_first_image available in the repository.

Launch a new Docker container based on the image you created in the previous steps. We will name the container “test” and create it with the command:

The Hello World message should appear in the command line, as seen in the image above.

Using Dockerfile is a simpler and faster way of building Docker image. It automates the process by going through the script with all the commands for assembling an image.

When building a Docker image, you also want to make sure to keep Docker image size light. Avoiding large images speeds-up building and deploying containers. Therefore, it is crucial to reduce the image size to a minimum.

Now that you have learned how to create and use this document, study our extended list of Docker commands to explore additional possibilities Docker has to offer.